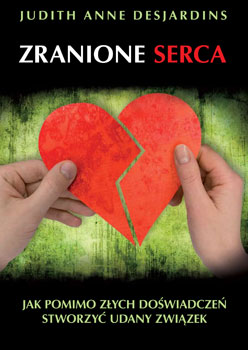 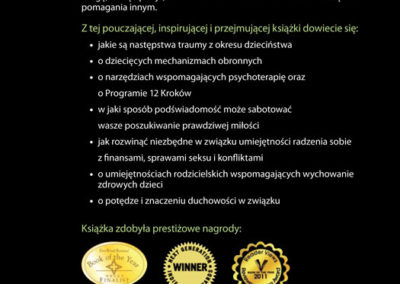 The Story About The Polish Book:

I sent it for reviews, book award contests, and had it represented at various book fairs: The Frankfurt Book Fair (that specializes in connecting publishers of the original book with foreign publishers who want to buy translations rights), Book Expo America in New York City, and the American Library Association yearly meeting which occurs in various cities.

I was very excited when I got an inquiry from Purana Publishing regarding the purchase of translation rights for my book in Poland. The publisher told me that he had seen my book at the 2010 Frankfurt Book Fair and was immediately attracted to the cover and the subject matter. He told me that his publishing company focuses on spiritual and personal transformation content. I told him that I have had a long-standing admiration of the Polish people, their passion and interest in spirituality and independence, and that I had followed the Solidarity movement. We signed our contract in 2010 and he published his book in 2013. I am very proud of our joint venture and hope that we will work together again in the future.

Through this project, I learned that titles and book covers are changed for foreign translations, to meet the language requirements and the cultural climate of the specific country. Zranione Serca loosely translates to “Wounded Heart” and the subtitle translates to: “How Despite Bad Experiences You Can Create a Successful Relationship.” In terms of the book cover graphics, an image was chosen that would intrigue and attract Polish peoples’ attention.

Creating A Healthy Life and Marriage

Time warps readers to their formative years…& why they think and feel the way they do about sex and intimacy today.

Our Journey with Prostate Cancer